This website is under construction and gradually going live. 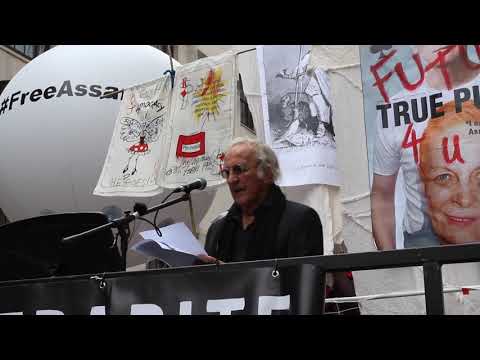 An Open Letter to Russell Brand

As you are already no doubt aware, the Trump Administration last year bribed Ecuador $4.2 Billion to have Julian Assange stripped of his citizenship and thrown in Belmarsh prison specifically for exercising his journalistic duties in publishing the war crimes of the Bush Administration exposed by Chelsea Manning.

Julian's rendition hearing resumes in less than two weeks. The state of our corporate media apparatus is so infernal that no one will speak up for Julian because they are afraid that in doing so they might be construed as being a supporter of the man whose administration is most singularly responsible for his imprisonment without formal arrest, his torture and his immanent death.

To date, Julian's highest profile celebrity supporter is M.I.A., who is – from the point of view of general pop culture, missing in action. You have demonstrated on so many occasions your ability to speak truth to power truthfully, in a world where speaking truth to power halfheartedly is a state-sanctioned fashion trend.

You have a unique and important voice.

I remember vividly that summer of 2012 that Julian took refuge in the Ecuadorian embassy. I was learning about Advaita Vedanta and beginning my metaphysical practices under the tutelage of a noble and erudite Sufi lineage. I spent every night in prayer and meditation and every day alternating between coverage of Julian's story and watching episodes of Brand X. I don't know how I stumbled across it. I had only known you then from some movies you were in which I didn't love. Brand X blew me away.

I saw you were a fellow seeker, that your humor was uniquely capable of evoking the most lofty metaphysical insights into the lowest gutter and therefore bringing them to absolutely everyone. You and Julian were part of the same emancipatory moment, that explosive and magical unity that came out of Occupy Wall Street that meant everything and went No Where. I write this letter because I know my sense of kinship with each of you is no accident.

Written interview from earlier this year with UN Special Rapporteur on Torture, Nils Melzer, a valuable read when the discussing the matter today: "A murderous system is being created before our very eyes" - Republik

Please see also Action 4 Assange, an impressive group of independent journalists featuring a brilliant man I think you would like named Steve Poikonen, providing some of the best regular coverage and analysis of Julian's situation. They continue to be serious about stopping Julian's extradition by instigating public pressure. They regularly interview very brilliant and sometimes high-profile people like former CIA analyst Ray McGovern, and anyone else whose voice can add substance to the present conversation.

I implore from the bottom of my heart, please take a stand for Julian Assange. Without the immediate normalization of public pressure today, there will be no real anti-war journalism left in the world tomorrow.

After the aliens land on Earth and announce their existence through verified accounts on social media, vast corners of the world are united by widespread acceptance of their new place in the universe.

Shaykh Yusuf al-Qaradawi and Pope Francis, almost immediately, issue official edicts formally recognizing belief in the existence of extraterrestrial life. But roughly 33% of the population – across existing ideological divides – remains skeptical of the validity of the news.

The first human the aliens meet is Donald Trump – with whom they make the Deal of the Millennium™, but the meeting goes unreported and takes place entirely in secret.

The aliens then host a conference with dozens of world leaders in Paris. The people of the earth are ecstatic to hear the announcement of mass distribution of COVID vaccines from outer space – this in exchange merely for humanity's indentured servitude.

Throughout the first 48 hours of Disclosure, the subject of Trump is barely mentioned in the news cycle at all, but it then begins to dominate again. Reportedly angry that he was not "invited" to the conference, Trump tweets that our new alien overlords are losers. He tweets again that they're not even real aliens.

Food and grocery delivery services are halted. Americans succumb to mass cannibalism. We never find out if the aliens were real. 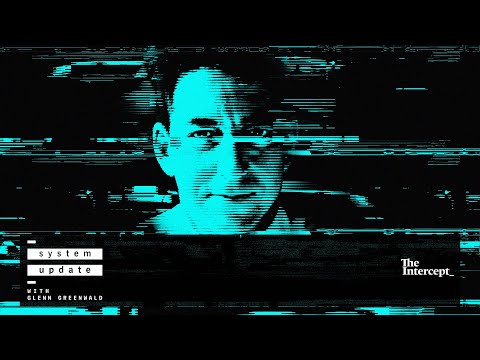 Right-wing pundit Ann Coulter went on a surprisingly vitriolic anti-Trump rant the other day, calling the president a “complete blithering idiot”, an “actual retard”, and “the most disloyal human God ever created” for his treatment of Jeff Sessions and his failure to build the border wall per his campaign promise.

“Coulter is right,” comedian Tim Dillon tweeted in response. “Trump doesn't really care about immigration or the wall, it was just the way to win. He likes winning. You don't live your entire life being a Hollywood star who hangs with the Clintons and Jeffrey Epstein and then decide you actually like people from Ohio.”

Which is true. Trump and his handlers understood that rising anti-immigration sentiment in America was a key to winning the presidency, but he never cared about immigration and never had any intention of going out of his way to do anything about it (which is why even his deportation numbers are still below Obama’s). Just one of the many ways where the popular narrative about Trump–the story everyone’s telling about him–differs wildly from the reality.

It is normal to have multiple contradictory mainstream narratives running about a president at the same time, and for none of those narratives to be accurate. Obama was simultaneously a progressive champion of sanity and a socialist Muslim from Kenya hell bent on America’s destruction, none of which was true but both of which were believed with equal fervor by either side of the illusory partisan divide.

What’s unusual about Trump is that there are multiple contradictory narratives running about him at the same time, within the same political factions. His own base is able to hold the belief that Trump is a brilliant strategic mastermind who is commanding a covert counter-coup to overthrow the Deep State, for example, while simultaneously excusing all the many, many establishment capitulations that he makes as being beyond his control. Much like Schrödinger’s proverbial pet Trump exists for them in two mutually contradictory states at once: a skillful hero who is taking down the Deep State, and a hapless victim who can’t control what happens in his own administration because it’s all being controlled by the Deep State.

On the other side of the imaginary partisan divide, Democrats spent years advancing the mutually contradictory narratives that Trump is at once (A) idiotic, (B) mentally ill, and (C) running a covert operation to sabotage America in the interests of Russia–but cleverly evading detection under intense scrutiny. They also hold him as simultaneously presenting an unprecedented threat to American democracy and also perfectly safe to keep voting in support of continuing and expanding his military and surveillance powers.

None of these narratives have anything to do with reality, yet they consume an immense amount of oxygen in US political discourse while Trump continues and expands the many depraved agendas of his predecessors (Consortium News: Biden Can't Return US to Normal, Because Trump is a Normal President).

Trump is not a populist champion of the little guy, nor a closet Nazi working to establish a white ethnostate, nor a Kremlin asset, but is in fact nothing other than a miserable rich man from a miserable rich family who did what it takes to get elected to the presidency of a racist, corrupt, bloodthirsty empire and remain there for a full term. Everything else is narrative which is wholly divorced from reality.

The reason we can have wildly popular narratives dominating mainstream political discourse for years on end without their containing a shred of actual reality is because human experience is dictated by mental stories far more than most people realize. Establishment power structures, who have their hands in both parties of America’s two-handed political sock puppet show, stand everything to gain and nothing to lose by using narrative control to keep the public debating fake nonsense instead of the actual horrible things this administration is doing like imprisoning Julian Assange for journalism, vetoing attempts to save Yemen, inflicting starvation sanctions on Iran and Venezuela, and initiating cold war escalations against two nuclear-armed nations.

If people truly understood the extent to which mental narrative dominates their experience of life, propaganda, advertising and all other forms of psychological manipulation would be regarded by our society similarly to physical assault or property theft. For anyone who is interested in the pernicious ways narrative manipulation is used to keep people confused and conflicted while powerful people roll out toxic agendas, Trump is a very interesting case study indeed.

If humanity is to survive, people are going to have to evolve beyond the sticky relationship with mental narrative which enables establishment spinmeisters to keep an entire nation transfixed by fake stories about a very conventionally evil president instead of pushing for the real changes we’ll need to make if we’re to overcome the existential hurdles looming on our horizon. Learning to distinguish reality from narrative will send the whole prison crashing down.

Roger Waters of Pink Floyd in London this morning

"Julian Assange is a courageous shiner of light into the dark places from which the powers that be would dearly like to have us turn away. Julian Assange is a name to be carved with pride into any monument to human progress. Julian is why we are here today, but this is no parochial project. We are today as part of a global movement that may be the beginning of the global enlightenment that this fragile planet so desperately needs.

"And when the lackeys of the American Empire come to take him, to destroy him, and hang him in the hedge, as a warning to frighten future journalists, we will look them in the eye and steadfast, with one voice, we will intone:

"Over our dead bodies!" 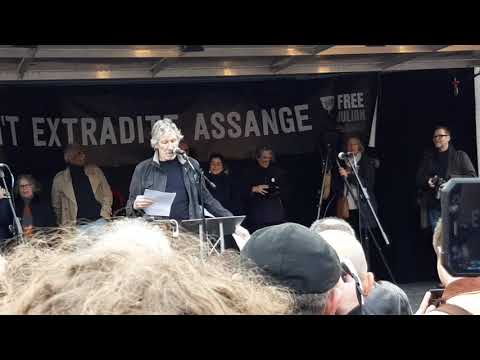 Gleams from the Gray Zone

Excellent piece by independent journalist Max Blumenthal released today on ACRONYM – the Buttigieg-backed group that sabotaged the Iowa caucus results – and its funding by Reid Hoffman.

As Blumenthal reminds us, Hoffman is the Far Right Democrat and Silicon Valley billionaire who was also responsible for manipulating an election by financing thousands of "Russian" bots created by the hip Austin-based US intelligence contractor "New Knowledge," which several months after the ensuing scandal has re-branded under the cuter and friendlier name "Yonder."

As you're probably already aware, it was Max Blumenthal whose home the Trump Administration sent a swarm of DC police to a few months ago, when they locked him up for two days and did not let him speak to his lawyer. This was his prompt welcome home ceremony from Syria, where he was of course reporting on the devastating war wrought by the US-backed al-Qaeda affiliates there for nearly a decade.

The response by Democrats and the corporate media was total silence. If we are to conceptualize Fascism today in the slightest of relevant and meaningful capacity, we are forced to begin with the awkward but demonstrable truth that it is a gruesomely bipartisan phenomeon.